In the 2016 campaign for the White House, conventional wisdom says the electorate is angry with the establishment, and this explains why a short-fingered vulgarian is on the brink of winning the GOP's nomination for president.

True enough, but the analysis lacks depth. Specifically, what is it about the establishment that has everyone so frosted?

We've been developing a theory over the last several months and now believe we've compiled enough evidence to go public with it. 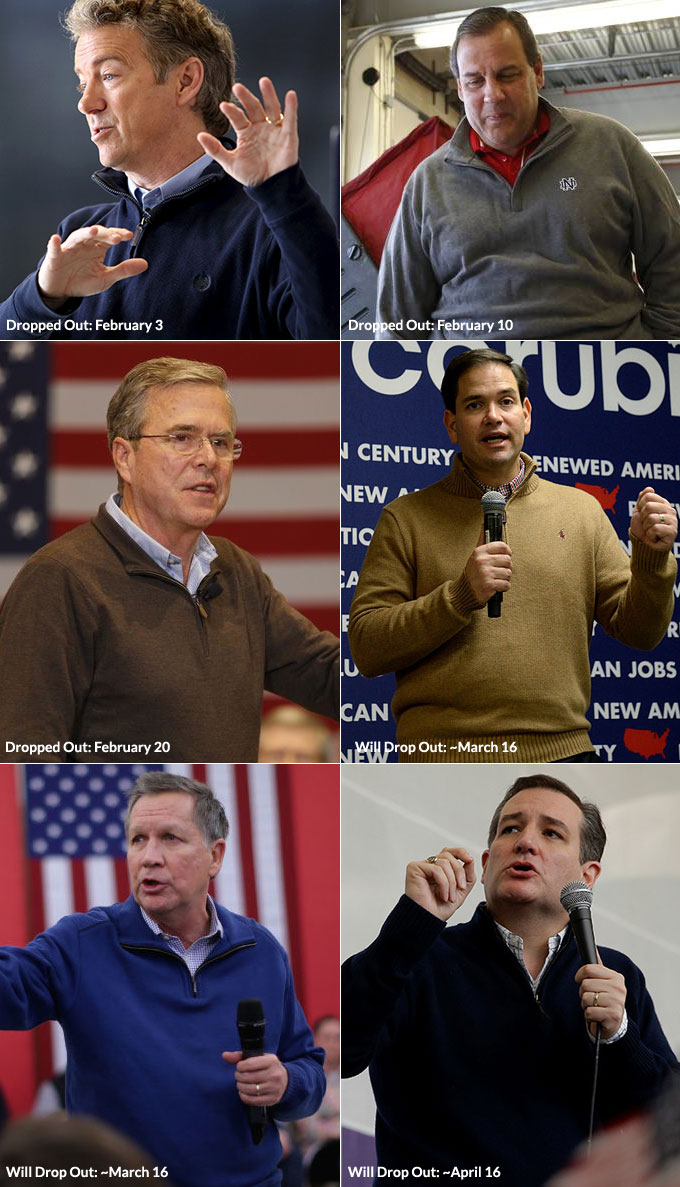 While we understand the animus underlying this trend, we fear its consequences. A Trump presidency could potentially turn America into the world's first toolbagocracy. Just look at the notables from whom Trump has already collected official endorsements: John Daly. Jerry Falwell, Jr. Hulk Hogan. Ted Nugent. Dennis Rodman. Willie Robertson. Sheriff Joe Arpaio, and the list goes on.

Oh, and just in case you're not already checking real estate prices in New Zealand? Yes, Guy Fieri "could be interested" in a Trump presidency.

America's only hope, as far we see it? Between now and November, somebody's gotta convince Trump to put on zip mock neck sweater.

EARLIER: Ask the MB: What do you think about half-zip sweaters?